We were asked by the clergy in Leipzig yesterday about how we expeienced Kirchentag–both in Wittenberg and Leipzig. It’s a question I continue to think about.

For me, Kirchentag was defined in moments that captured what it is to be the church in the world–across cultures, countries, and languages. While there were many moments that achieved this, two were particularly illustrative for me.

The first was the moment you’d expect–the one that was probably even planned. The Zum Licht program, a visual, musical, artistic display of the church in the world, began with a reenactment of the Reformation Disputation in Leipzig. The tension built through the confessions of the damage done through the battles fought with the belief (on both sides) that God was with “us.” 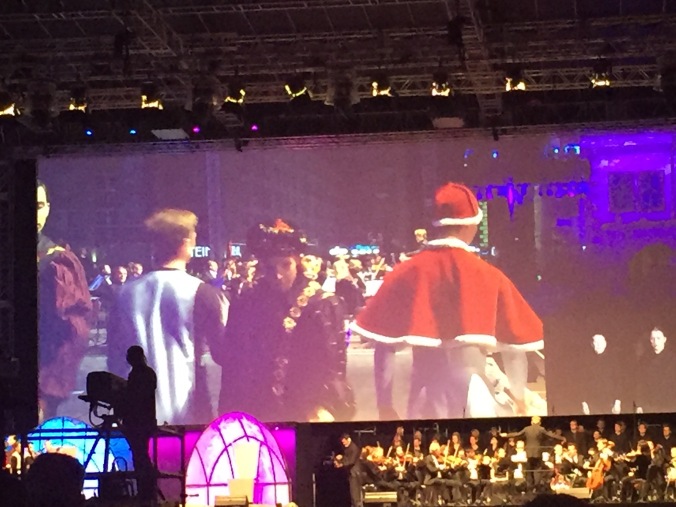 It didn’t end there, though. The final moments of the program were spent with everyone joining their voices to sing, “Dona Nobis Pacem.” Give us peace.

As we sang this prayer, it became clear that the work of the church is not done yet. There are better practices for the earth and environment to implement, more people to care for, more understandings to achieve and perspectives to hear. We are not called to be complacent with things the way they are, not when we have been given a vision of what could be.

And the second moment–one of the little ones that just happens at events like this.

I had gone to find the brass concert in Augustusplatz, and I ended up sitting on a ledge by the sidewalk surrounding the square.

As the musicians warmed up, a woman walked up and asked whether the next space on the ledge was free. I replied in my poor German, “Ja, es ist frei,” and proceeded to move my stuff to clear a space.
I explained (in English) what I was doing, and was responded to with the brief phrase I have come to know very well, “Auf Deutsch.”

I was beginning to apologize, and I could see her confusion, too, when the first notes sounded from the square.

We just laughed and let the music fill the space.

As it turns out, there are still a few languages we can all speak, like mathematics, music, hospitality, and kindness. 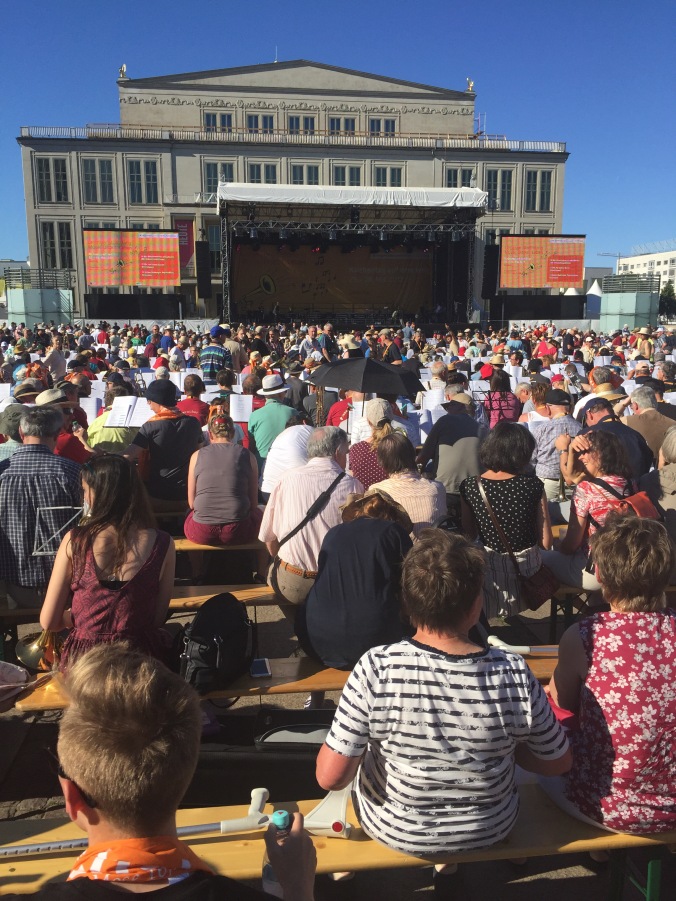